This pool/spa combo included a high waterfall feature that brought water down from the falls, into the spa and into the pool. We heard leaks a month ago in several places during a leak detection, and as you’ll see in the video below, we are returning to repair the structural issues and to replace the skimmer.

The skimmer seam was damaged and cracked, and the pool wall itself had structural cracks in need of repair. Also, the waterfall needed sealing for areas that had suffered from some cracking over time.

We cut and removed the skimmer and carefully measured the dimensions to properly re-set and re-entomb it. We detail the process in the video below.

Inside the pool, we carefully identified all of the structural cracking using a mapping and misting technique, then installed the patented Torque Lock Structural Staples, designed and manufactured by CalTech owner Darren Merlob, and prepared the surface for refinishing.

In the waterfall, we applied a watertight sealant over the areas in question and used a mortar mix to finish the surface for a perfect seal.

See it all in the video below. 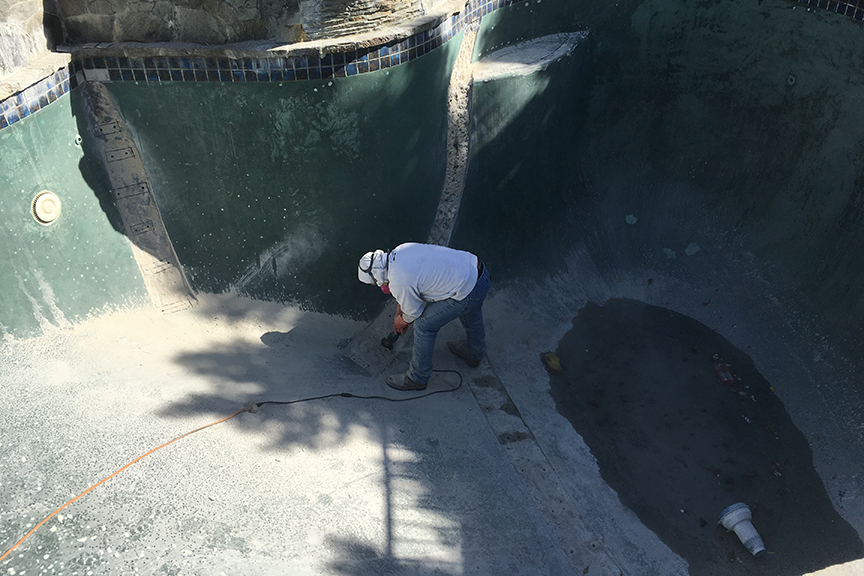 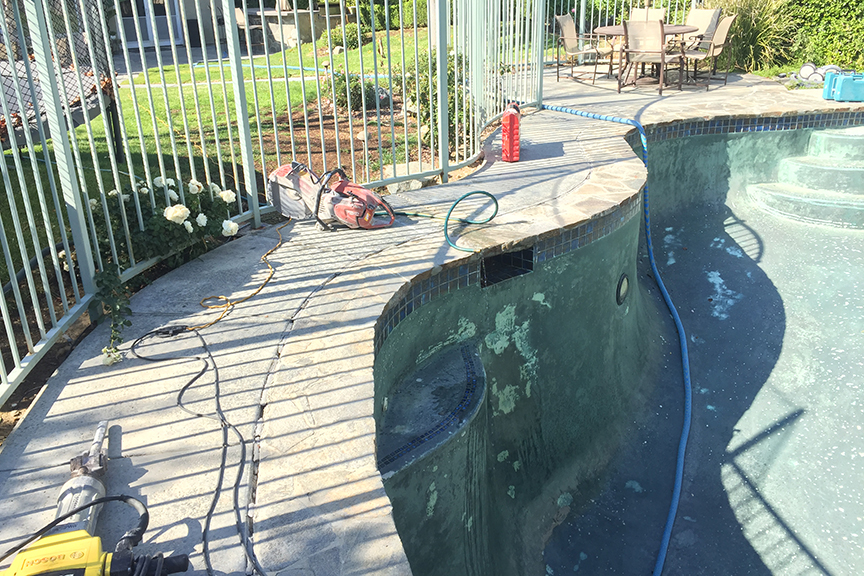 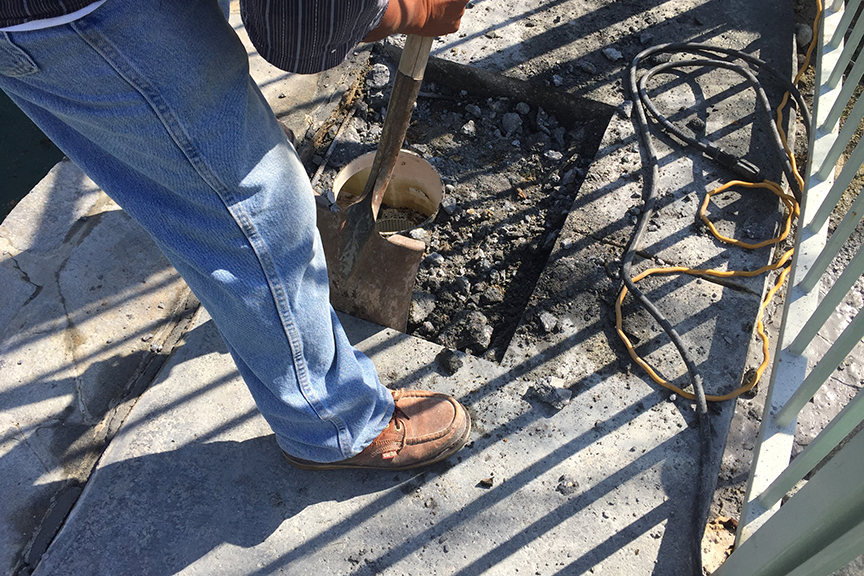 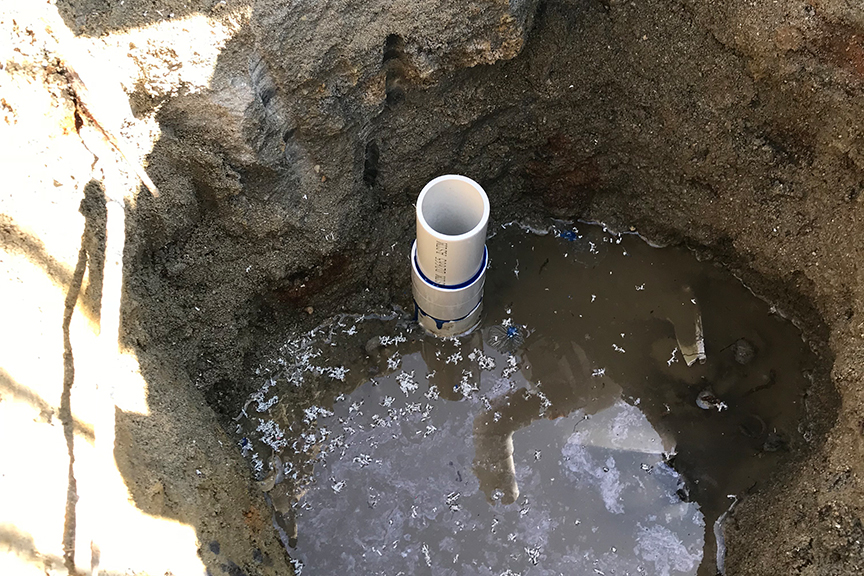 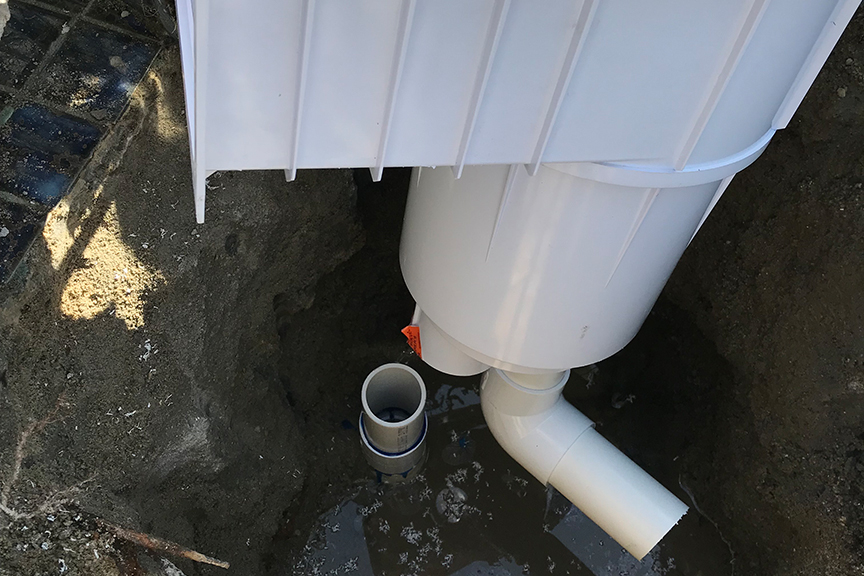 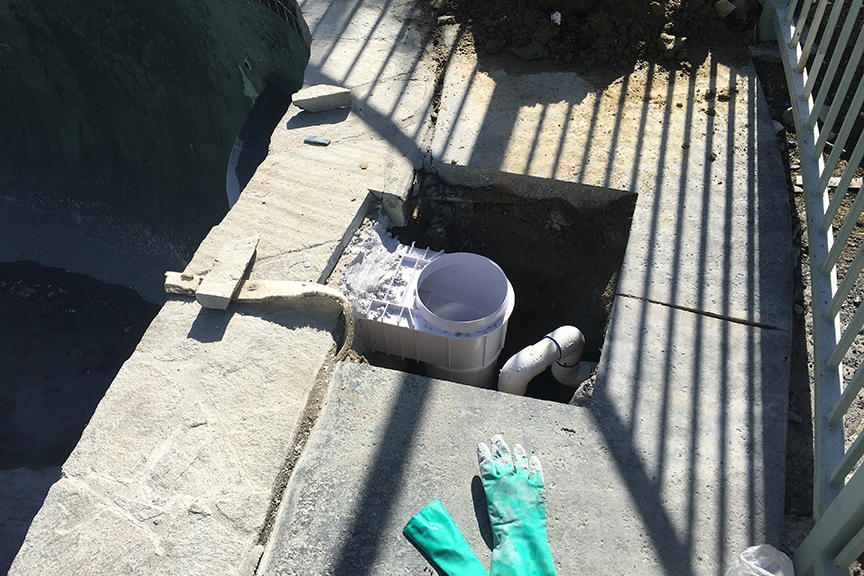