This leak detection was the start of something bigger, but started with complications from the small slot drain that ran 360 degrees around the edge of the pool. This type of drain is notorious for leaking.

Like all of our leak detections we began with a thorough look at all the places to listen for leaks, including a surge tank at the side of the pool, and we noticed a small puddle by the equipment that ultimately didn’t lead to any leaking issues.

The PipeMic by LeakTronics was small enough to get inside of the slot drain to listen, where we did hear multiple leaks and we noted structural cracking on top of the beam as well as other small defects that simply shouldn’t have been on a new pool construction.

In the end, the homeowner was subject to destructive deck breaking to get inside of the drain system where a ridiculous amount of leaks were shown to be a result of poor pool construction, and a bigger job that you can see being diagnosed and repaired at www.leaktronics.com.

See the video below for our initial leak detection on the pool. 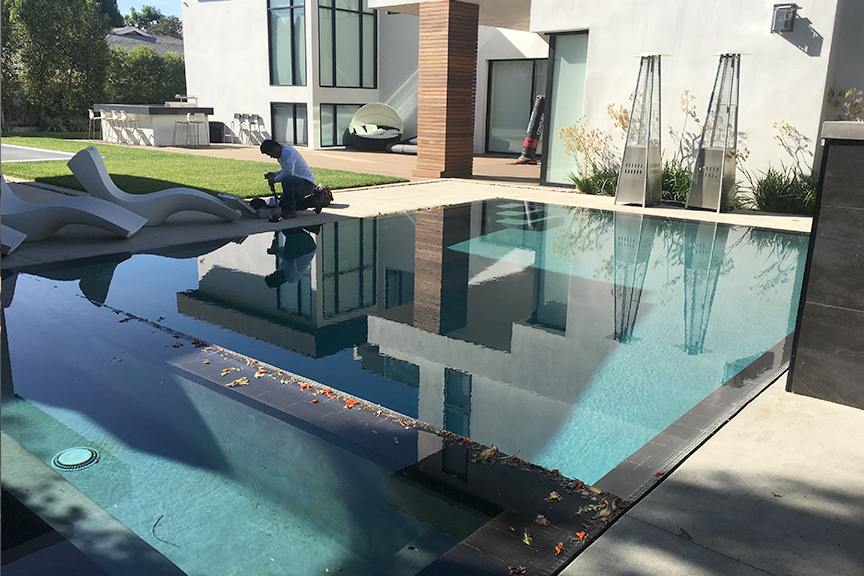 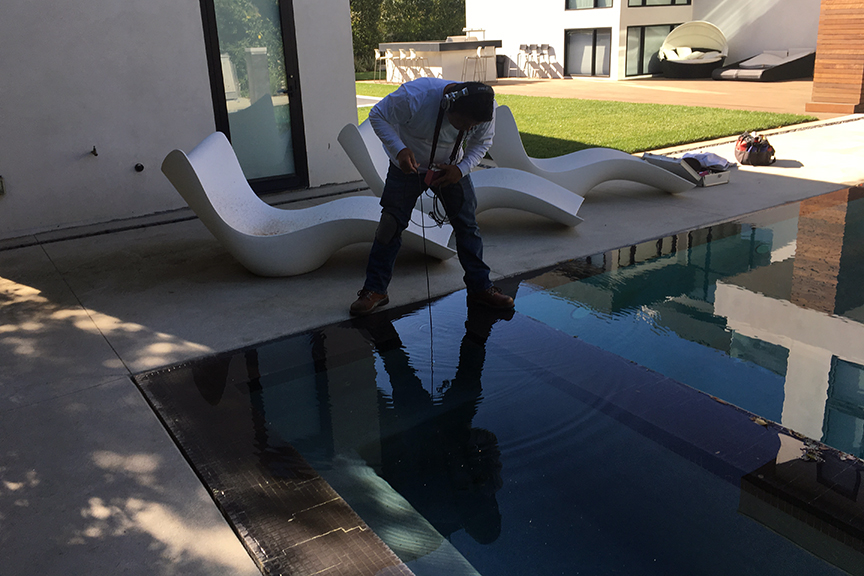 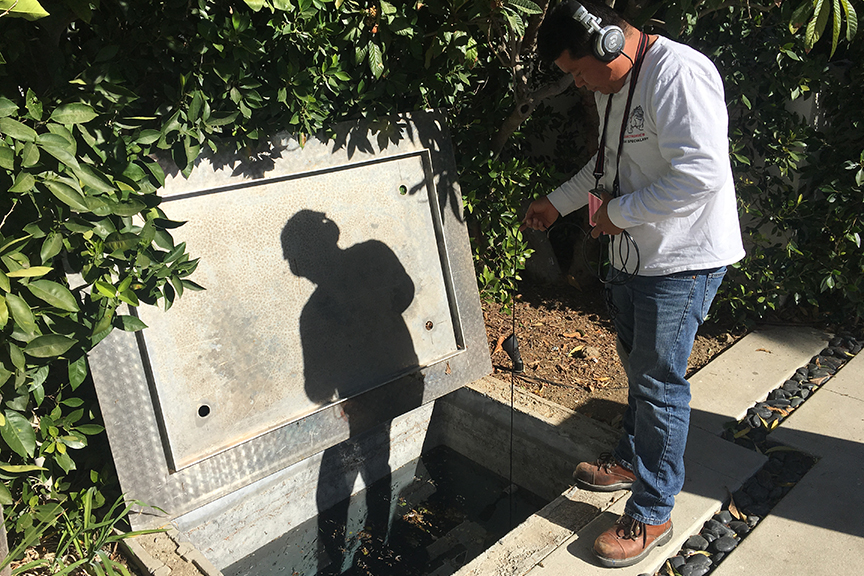 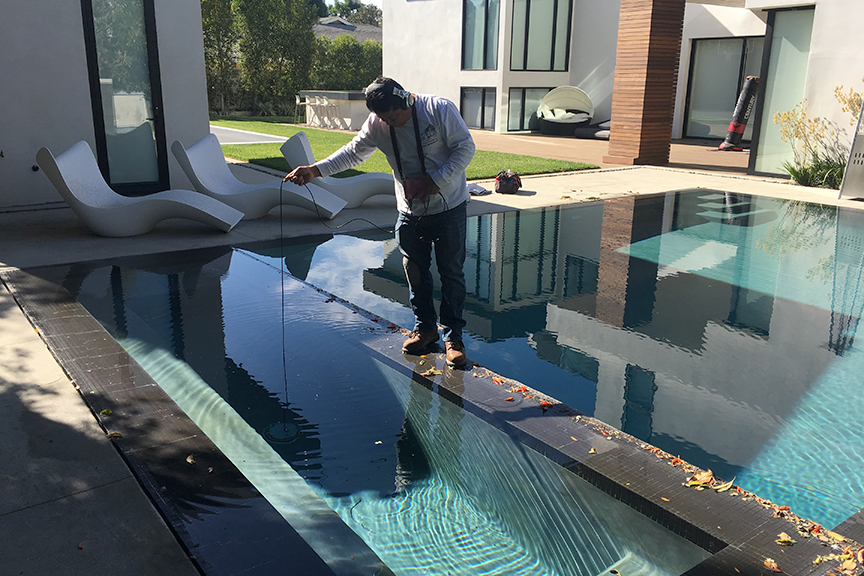